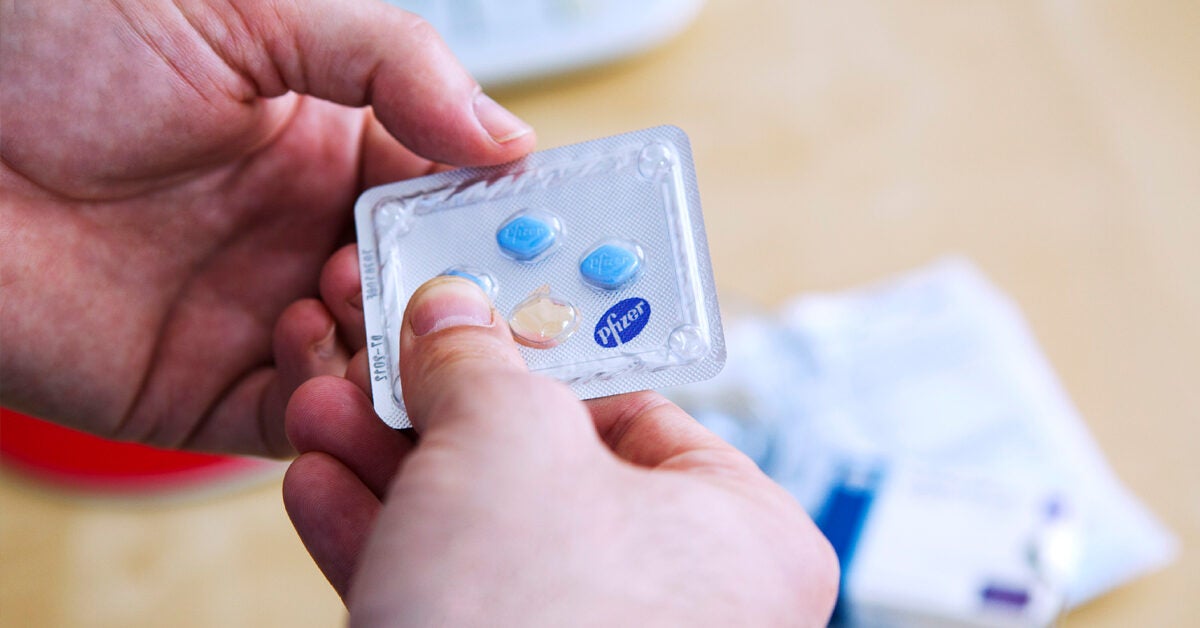 Men with stable coronary artery disease (CAD) that take Viagra due to impotence not only seem to live longer, but also have a reduced risk of having a new heart attack, finds a new study from the Karolinska Institutet in Sweden, recently published in the Journal of the American College of Cardiology (ACC).

“Coronary artery disease refers to blockages that develop in the arteries that supply blood to the heart. As the arteries narrow, less blood gets to parts of the heart and patients may feel symptoms, particularly with exertion,” Dr. Michael Goyfman, director of clinical cardiology at Long Island Jewish Forest Hills in New York, told Healthline.

“A sudden occlusion of a coronary artery leading to damage of the heart muscle is a heart attack,” he explained.

According to the American Heart Association (AHA), impotence, also called erectile dysfunction (ED), can be an early warning sign of cardiovascular disease in otherwise healthy men.

One treatment is alprostadil, which is either injected locally into the penis or taken as a suppository. This medication dilates blood vessels so the penis stiffens.

Another treatment option is a class of drug called PDE5 inhibitors (PDE5i), such as Viagra (sildenafil) or (tadalafil), that are taken by mouth as a tablet. These work by inhibiting the enzyme (PDE5) to increase blood flow.

“It is incredible how many men avoid the doctor, and avoid early signs of cardiovascular disease, but present for the first time with a chief complaint of ED,” said Dr. Michael J. Blaha, director of clinical research at Johns Hopkins Ciccarone Center for the Prevention of Cardiovascular Disease, in a statement. “This is a wonderful opportunity to identify otherwise undetected high-risk cases for developing cardiovascular disease.”

For this study, researchers compared the effects of these ED treatments in men with stable coronary artery disease.

The participants all had experienced heart attack, balloon dilation, or bypass surgery at least 6 months before beginning treatment for erectile dysfunction.

“The risk of a new heart attack is greatest during the first 6 months, after which we consider the coronary artery disease to be stable,” said lead author Dr. Martin J. Holzmann in a statement.

Researchers looked at 16,500 men treated with PDE5 inhibitors with just under 2,000 of them receiving alprostadil. The data was collected from the patient, drug, and cause of death registries in Sweden.

Researchers showed that the men receiving PDE5 inhibitors not only lived longer, but also had a lower risk of new heart attack, heart failure, balloon dilation, and bypass surgery than patients receiving alprostadil.

According to the study, this protection was dose-dependent, meaning that more frequent doses of PDE5 inhibitors resulted in even lower risk.

Goyfman emphasized that this study was observational, and only found an association between PDE5 inhibitors (including Viagra) and decreased mortality compared to patients taking alprostadil.

“We showed in 2017, in a paper in Heart, [that we found] a longer life span for men with a recent MI [myocardial infarction] who were taking PDE5i,” said Holzmann in an interview with Healthline. “There is one study on patients with diabetes with similar findings.”

“In addition, in the general population it has been found that men who use PDE5i have a lower risk of cardiovascular disease,” he continued.

Goyfman said the reduced risk of heart attack might be due to how this class of drug influences one particular risk factor for cardiovascular disease.

“PDE5i are known to cause a decrease in systemic blood pressure,” he said. “And since high blood pressure is a risk factor for cardiovascular disease, it is theoretically possible that patients with PDE5i would have lower, or better controlled, blood pressures.”

Although he cautioned, “this is strictly hypothetical,” and can only be verified by conducting a randomized controlled trial.

“Until that occurs, this study is unlikely to change current medical practice,” Goyfman concluded.

New research from Sweden finds that the impotence drug sildenafil (Viagra) can significantly reduce the risk of another heart attack and increase the life span in men already diagnosed with cardiovascular disease.

This was an observational study, so the researchers couldn’t prove it was the drug causing health benefits, and experts say further research is needed.

Experts also say the heart benefit that was observed might be because drugs like sildenafil reduce blood pressure, a strong risk factor for heart disease.

Younger Black people in U.S. may be getting less heart healthy, study says